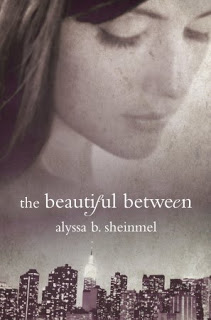 If high school were a fairy-tale kingdom, Connelly Sternin would be Rapunzel, locked not in a tower by a wicked witch but in a high-rise apartment building by the SATs and college applications—and by the secrets she keeps. Connelly’s few friends think that her parents are divorced—but they’re not. Connelly’s father died when she was two, and she doesn’t know how.

If Connelly is the Rapunzel of her school, Jeremy Cole is the crown prince, son of a great and rich New York City family. So when he sits down next to her at lunch one day, Connelly couldn’t be more surprised. But Jeremy has a tragic secret of his own, and Connelly is the only one he can turn to for help. Together they form a council of two, helping each other with their homework and sharing secrets. As the pair’s friendship grows, Connelly learns that it’s the truth, not the secrets, that one must guard and protect. And that between friends, the truth, however harsh, is also beautiful.

I enjoyed this story very much. It is a beautifully told tale of friendship,  families and of secrets and lies.

I liked Connolly, and thought her comparisons of high school and her home life to fairy tales, were nicely woven throughout the novel.

Maybe the witch thought she was protecting Rapunzel, not punishing her. Maybe she thought that if Rapunzel was locked away, no one could ever hurt her. Maybe the witch kept Rapunzel; because she loved her, because she was scared that if other people could get to Rapunzel, they would hurt her. Any maybe Rapunzel didn’t understand the witch; maybe she was angry at her – but maybe she loved her too.

Anyone who was a shy and imaginative child will be able to relate to her. Connolly’s clearly going to grow up to be a writer! I also really enjoyed Connolly and Jeremy’s growing friendship. Jeremy’s little sister Kate was absolutely perfect, I adored her and loved the scenes she was in.

I did get the impression that this was a fairy tale retelling though.  I imagined the secrets to have some root in magic, so when I finished I was disappointed. Which isn’t at all fair to the book because it’s very good, but none the less it is how I felt. The Beautiful Between is a lovely story it just wasn’t the story I thought I’d chosen.

Book Received as part of Around the World Tours

Email ThisBlogThis!Share to TwitterShare to Facebook
Labels: Alyssa B Sheinmel, book review, The Beautiful Between