Book Review: The Book of Blood and Shadow b Robin Wasserman 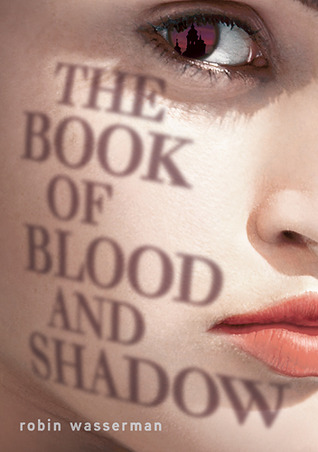 It was like a nightmare, but there was no waking up. When the night began, Nora had two best friends and an embarrassingly storybook one true love. When it ended, she had nothing but blood on her hands and an echoing scream that stopped only when the tranquilizers pierced her veins and left her in the merciful dark.
But the next morning, it was all still true: Chris was dead. His girlfriend Adriane, Nora’s best friend, was catatonic. And Max, Nora’s sweet, smart, soft-spoken Prince Charming, was gone. He was also—according to the police, according to her parents, according to everyone—a murderer.Desperate to prove his innocence, Nora follows the trail of blood, no matter where it leads. It ultimately brings her to the ancient streets of Prague, where she is drawn into a dark web of secret societies and shadowy conspirators, all driven by a mad desire to possess something that might not even exist. For buried in a centuries-old manuscript is the secret to ultimate knowledge and communion with the divine; it is said that he who controls the Lumen Dei controls the world. Unbeknownst to her, Nora now holds the crucial key to unlocking its secrets. Her night of blood is just one piece in a puzzle that spans continents and centuries. Solving it may be the only way she can save her own life. (from Goodreads)

I’ve been in a bit of a reading slump lately and THE BOOK OF BLOOD AND SHADOW by Robin Wasserman dragged me right out of it.


I’m a sucker for a good mystery, especially a historical mystery. Add in a dead best friend, a vanished boyfriend (who couldn’t possibly have done it, could he?), a fabulous main character main, and great writing and the slump was well and truly over.


I whipped through this book, biting my nails most of the time. While the technique of reminding me
something bad is going to happen can drive me doolally in this case it just had me reading faster, hoping the back cover copy was a lie.


Of all the things I loved in A BOOK OF BLOOD AND SHADOW, I loved Nora best. Nora is the shinning centre of this novel. Thank you, thank you Robin Wasserman for giving me a heroine who is the heroine because she is smart, and determined, and independent. Not one who has a destiny.


Actually I loved all the characters; Adriane, Max, Eli and Chris. While I didn’t always like or trust them, I utterly believed in them due to the many fabulous little details that made them feel completely real. I was as conflicted as Nora over who to trust and who to believe in.


The last quarter of the book does descend into Indiana Jones territory. The writing remained addictive, keeping me up till gone midnight, but I did have to fling my disbelief aside, and just go with it. That was a little disappointing, but hey who doesn’t love an Indiana style finale?