I’m delighted to welcome one of my favourite bloggers James of BookChic to tell us about his favourite couple. If you don’t read James’ blog you should, he does fantastic reviews, the brilliant fresh new voice, plus Friday Fragment and he pretty much knows everything about YA. Plus he’s always going to fantastic author events and then doing very funny write ups of them (he seems to bring the drama where ever he goes) that make you feel you were there too.  Thanks for sharing James. 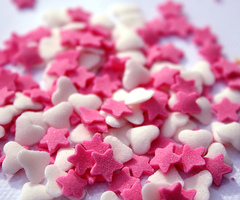 One of my favorite couples this year is Alex and Nathen from What They Always Tell Us by Martin Wilson, which was originally released in 2008 but I only just now read it this year. The book itself is amazing and I really enjoyed seeing the romance blossom between these two guys. It happened very sweetly, but also very realistically as well. Wilson doesn’t hold back with these two and there’s more than just hugs and kisses going on. It’s such a positive portrayal too of a gay relationship and, in these times, that’s sorely needed. Seeing a relationship like this in a book gives hope to gay teens out there that they can find love too, that they aren’t alone in this world. That’s the same sort of thing I’d like to portray in my own writing and so it’s nice to see it here.