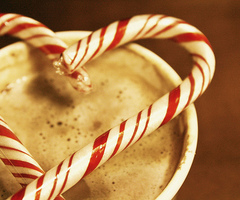 To kick off the second week of the countdown. I’m delighted to welcome one of my favourite bloggers
Angie from Angieville. Angie writes the most beautiful reviews. She always makes me want to run out and buy the book she’s in love with straight away! I have her to thank for bringing the The Demon’s Lexicon, The Queens’ Thief and Meg Rosoff  to my attention – I’m extremely grateful!


So here is Angie with her couple of the year!

Hello there, gentle Alexareaders! Thanks for having me. It’s certainly cozy round these parts. When Alexa asked me to take part in her Christmas Couples Countdown this year, I was delighted. I look forward to this event every year, and I knew it had been a good year for romance. But when I started reminiscing, it turns out it had been too good. At least for me and the couples I encountered over in my little reader’s corner. Wowzers, it’s been hard narrowing it down to my favorite couple from 2011! It nearly killed me. I mean, 2011 was the year of Grace and Vaughn, who nearly sent me to an early grave so hard did I fall for them, so worried was I over the state of them. It was the year of Carly and Ryan and all their surfy, honest, refreshing goodness. It was the year of Puck & Sean Kendrick, for the love of all that is holy! Those two alone deserve a moment of silence in which to reflect on their sheer perfection.

What is a girl to do? This narrowing it down to just one business . . .

Well, I dithered. And I pondered. And I re-read favorite passages. But when it came down to it, I came back to that crooked couple I love with all my crooked heart. Because 2011 was the year of Alan and Sin. And I’d been waiting for happiness for this boy for three years. You understand that happiness for a Ryves brother is hard to come by in general. But as far as I was concerned, it was About. Freaking. Time. for my Alan. And happiness came, unbeknownst to him, in the package of Sin Davies–the heir-apparent to the Goblin Market. It was unbelievably satisfying having front row seats to the meeting of these two equals. I am such a fan of strong equals coming together and clashing (naturally), and challenging each other (naturally), and each finding a partner (in crime) in the other. All of that took place between these two. The fact that it was against their admittedly formidable collective will was just icing on the cake.

These two brought that slow, sly, sated grin (yeah, you know the one) to my face more than once. I think about them all the time and know they’re no doubt cutting a swath through London as we speak. With all that charm and underhandedness? Oh, yeah. They’re doing just fine.

My favorite quote from each of them:

“Oh, Alan Ryves,” she said. “You’re a fantastic liar. You are the smoothest con man of them all.”

“I don’t have deal breakers,” Alan said. “I look on tempests, and am never shaken.”

My heart, you guys. My heart.

My heart too! Thanks So much Angie, what a great couple! Anyone else out there loving Sin and Alan?