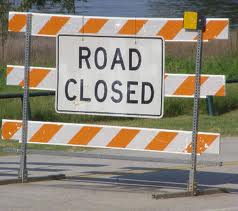 This week was road block week. I hit one, hard. Suddenly, I had no idea where to go next with my story.


Which, it turns out, was a very serendipitous idea, because on YA Highway I found a post that could have been written just for me,  What Are Your Constellations by Lelia Austin.


I love how she compares stories to constellations


A constellation is a bunch of stars that happen to appear beside each other at a certain distance, a certain angle. And it would mean nothing if it weren’t for the lines. The invisible lines we draw between them to make them make sense, to make them into a picture, a story. It’s all about their relationships: both what we see in front of us, and what we make from seeing it.


One strong relationship can be beautiful, but most stories exist like webs, with lines woven through one thing and another and another, with stars playing their explosive part in all sorts of constellations at once.


That was the part that struck home with me. I’d been so busy writing the main relationship in the book, that I’d let the secondary characters fall away. 20,000+ words in, writing every day, I was sick of my main characters. So I started fleshing out my secondary characters and I’m back on track and half way through – yay!


How is everyone else doing?


And did you read any wonderful quotes, inspiring blogs this week?