I just caught this trailer  while watching Glee (which is utterly brilliant this season). I want to see Tangled so much. It looks very cute.

Plus, it features the voice of Zachury Levi! I adore Zachury Levi! Seriously if I was going to have a fake boyfriend Zachury Levi would be it.  Or rather Chuck would be. He is just adorable in Chuck! In Good Guy V Bad Boy, I’m generally on the good guy side with the odd exception. 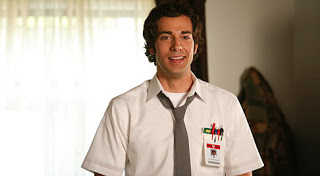 Plus, I always think of him when I imagine one of the characters in Emma, which is fun, even though he’s older and taller.