Waiting on Wednesday – The September Edition!

September is (hopefully) going to be an excellent reading month!
First up, As I Wake by Elizabeth Scott
15th September 2011
Squee a new Elizabeth Scott, and it sounds amazing, and the cover – wow! 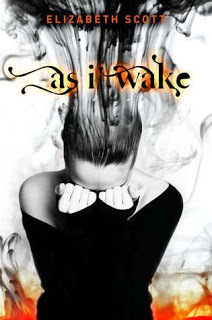 Ava is welcomed home from the hospital by a doting mother, lively friends, and a crush finally beginning to show interest. There’s only one problem: Ava can’t remember any of them – and can’t shake the eerie feeling that she’s not who they say she is.

Ava struggles to break through her amnesiac haze as she goes through the motions of high-school life, but the memories that surface take place in a very different world, where Ava and familiar-faced friends are under constant scrutiny and no one can be trusted. Ava doesn’t know what to make of these visions, or of the boy who is at the center of them all, until he reappears in her life and offers answers . . . but only in exchange for her trust (from Goodreads)

The Night Circus By Erin Morgenstern
15th September 2011
This sounds so imaginative and wonderful.  Plus it began life as a NaNoWriMo novel (hope for us all). I loved the WSJ article, Conjuring the Next Harry Potter, on it too. 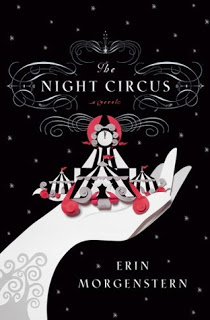 The circus arrives without warning. No announcements precede it. It is simply there, when yesterday it was not. Within the black-and-white striped canvas tents is an utterly unique experience full of breathtaking amazements. It is called Le Cirque des Rêves, and it is only open at night.
But behind the scenes, a fierce competition is underway—a duel between two young magicians, Celia and Marco, who have been trained since childhood expressly for this purpose by their mercurial instructors. Unbeknownst to them, this is a game in which only one can be left standing, and the circus is but the stage for a remarkable battle of imagination and will. Despite themselves, however, Celia and Marco tumble headfirst into love—a deep, magical love that makes the lights flicker and the room grow warm whenever they so much as brush hands.
True love or not, the game must play out, and the fates of everyone involved, from the cast of extraordinary circus per­formers to the patrons, hang in the balance, suspended as precariously as the daring acrobats overhead.
Lola and the Boy Next Door by Stephanie Perkins
29th September 2011
Well I adored Anna and I can’t wait to meet Lola! Very excited about this one. 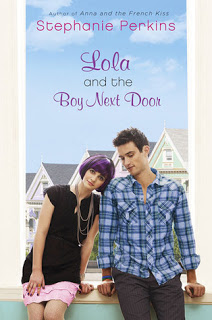 Budding designer Lola Nolan doesn’t believe in fashion . . . she believes in costume. The more expressive the outfit — more sparkly, more fun, more wild — the better. But even though Lola’s style is outrageous, she’s a devoted daughter and friend with some big plans for the future. And everything is pretty perfect (right down to her hot rocker boyfriend) until the dreaded Bell twins, Calliope and Cricket, return to the neighborhood.

When Cricket — a gifted inventor — steps out from his twin sister’s shadow and back into Lola’s life, she must finally reconcile a lifetime of feelings for the boy next door.

Daughter of Smoke and Bone by Laini Taylor
29th Septmber 2011
Even in my writing cave, cut off from the internet I couldn’t help but hear about this. The hype has been HUGE, hoping it lives up to it. 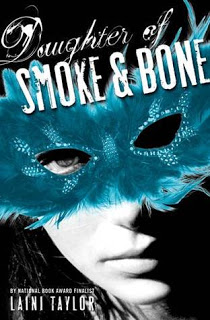 Around the world, black handprints are appearing on doorways, scorched there by winged strangers who have crept through a slit in the sky.
In a dark and dusty shop, a devil’s supply of human teeth grown dangerously low.
And in the tangled lanes of Prague, a young art student is about to be caught up in a brutal otherworldly war.
Meet Karou. She fills her sketchbooks with monsters that may or may not be real; she’s prone to disappearing on mysterious “errands”; she speaks many languages—not all of them human; and her bright blue hair actually grows out of her head that color. Who is she? That is the question that haunts her, and she’s about to find out.
When one of the strangers—beautiful, haunted Akiva—fixes his fire-colored eyes on her in an alley in Marrakesh, the result is blood and starlight, secrets unveiled, and a star-crossed love whose roots drink deep of a violent past. But will Karou live to regret learning the truth about herself?
And finally the Jane Eyre movies hits cinema’s here on the 9th September- I’m so excited.
What books are you dying to read in September?
(all release dates taken from Amazon.co.uk)
Posted by Alexa at 07:00

Email ThisBlogThis!Share to TwitterShare to Facebook
Labels: books I can’t wait for, Waiting on Wednesday